First, the film students just won the Fault Line Film Festival with their original musical film, A Home Like Mine. This film has also been featured in the First-Time Filmmaker Festival in England, as well as being a Drama Finalist and winning the Pearl White Award at the Central Film Festival. Learn more about A Home Like Mine.

Second, two CHS students (Shyam Rama and Daniel Huinda) were asked to come onto KOLR10's Ozarks Live show to discuss their documentary they shot in IB film called The Springfield Inn, which documents the destruction of the Springfield Inn at Kearney and Glenstone. They did such a great job, they had them on for two segments in the same show! Their appearances can be found here: Ozarks Live, Part 1 and Ozarks Live, Part 2. 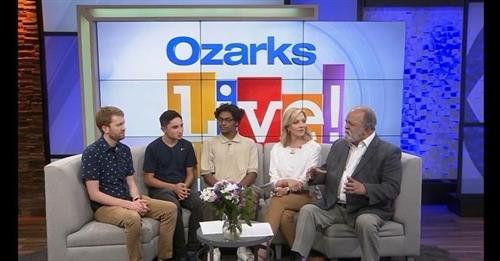