Only a true Redhawk could find the treasure.

Robberson Community School fifth-graders wrote, produced, filmed and edited a short film as part of a hands-on project based learning unit. Plotline, a nonprofit film and media school, partnered with the students to provide camera and sound equipment, strategic direction and support for Michelle Barker’s class.

But students led every step of the project. 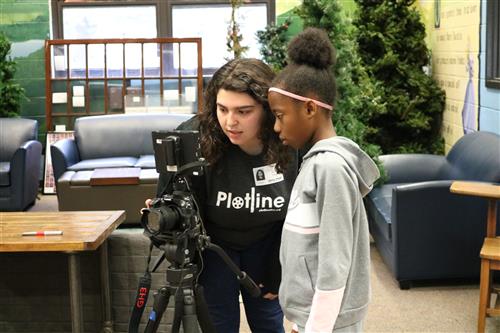 “I’ve been really impressed by how engaged students have been in the whole process,” said Jim Bultas, executive director of Plotline Film and Media. “Students are learning every step of the way. They developed the concept; they wrote the script. They’re running the camera and directing actors. It’s their movie.”

Robberson fifth-grader Radley Satterfield made the treasure map, a key prop in the movie. She also is one of the students who memorized lines, followed scene direction from students directing the shot, as well as hitting marks within frame.

“I wouldn’t say I’m the lead actress, but I was the person who found the riddle,” said Radley. “There really isn’t a lead in our movie. I haven’t really acted before, so it’s a lot of fun. I’ve seen bloopers a lot and movies a lot, and I know it’s OK to make mistakes, because I can do it again.” 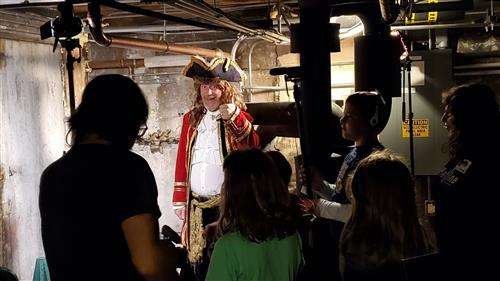 The finished short film will premiere on a big screen this November. Students and their families will have the opportunity to attend a film premiere, hosted by Plotline, with their culminating event an opportunity for their skills to shine.

And in every step of the two-week long film project, students were learning that anything is possible, says Bultas.

“The students went from knowing absolutely nothing about anything related to film to making a movie that they see on the big screen,” said Bultas. “Knowing anything is possible is the real impact for the students. But we could be inspiring a future filmmaker, too.” 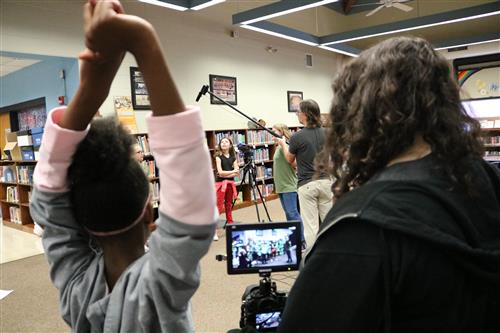